The Employee Excellence webpage recognizes those county employees who ensure that resources and services are available for our residents, businesses and guests through innovative adaptations to processes, integrating new technologies and overall committed efforts and resiliency. Many of these stories are recognized by County Administrator Dr. Joe Casey at the monthly Board of Supervisors meetings for exemplifying everyday excellence in service to the county.

During the Wednesday, Jan. 25 Board of Supervisors meeting Chesterfield County Administrator Dr. Joe Casey recognized Utilities employee Dave Sirois as the recipient of the January 2023 Everyday Excellence Award for going above and beyond to help a Brandermill boy retrieve a prized possession.

Sirois, a 26-year veteran of Chesterfield County Utilities, currently serves as the plant manager at the Addison-Evans Water Treatment Facility. But it wasn’t just his experience and expertise that proved so valuable last year when this event occurred. It was also his action and excellent customer service that shined through.

On Monday, Nov. 14, the Kuntz family was at Sunday Park when Jackson’s soccer ball was blown down a hill and into the Swift Creek Reservoir. Thanks to the wind, the ball continued toward the water treatment facility where his father Darrell assumed it had finally come to rest. He reached out to the Department of Utilities via email in hopes of obtaining a “brief visitor privilege” to go in and see if he could find the ball.

But that wasn’t necessary: Sirois had it covered.

The next morning around 9:30 a.m., Sirois responded to Kuntz, conveying that he had received the email, was able to locate the ball and had scooped it up using a pool skimmer. About an hour later, Kuntz came to the facility to retrieve the ball so that he could return it to Jackson.

Kuntz wrote a letter, which was read to the Board of Supervisors by Utilities Director George Hayes, in which Kuntz thanked Sirois for his efforts in getting the ball back to his son.

“In my experience of dealing with local government entities and utilities other than Chesterfield County in the past, I have never received such care and attention as I did on this occasion,” Kuntz wrote in the letter. “I think Mr. Sirois deserves individual recognition for setting the standard for this type of public service that should be routinely practiced by all public servants.

“I believe this is the type of leadership that has the effect of creating a culture of service within a group of employees,” he added. “Small actions can have significant impacts, especially when it comes to building institutional trust among the public.”

“Dave, I want to publicly thank you for everything you do for our customers and the Department of Utilities,” Hayes said. “Dave is truly the definition of a public servant and he presents a culture at the plant that we would all like to embody. He inspires us to be better public servants.”

For more information, view the Everyday Excellence presentation during the Jan. 25, 2023 Board of Supervisors meeting. 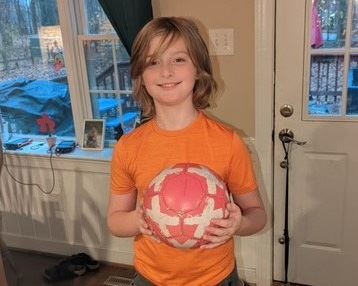